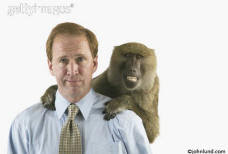 Historically, JR was only concerned with the decision making process where the impunged decision was flawed on the ground of procedural impropriety.However the decision in R Rama Chandran held the decision of an inferior tribunal may be reviewed on the grounds of  'illegality',  irrationality and possibly 'proportionality' which permit the Courts to scrutinize the decision not only for process but also for substance.It allows the Courts to go into the merits of the matter.The distinction between review and appeal no longer holds. ( see para 15) R Rama Chandran v The Industrial  Court of  Malaysia & Anor [1997] 1 MLJ 145 followed.
[ This is a ridiculous decision  and on the exam papers needs to be handled cautiously and meticulously. The origin of JR and its purpose needs to be re-examined.]
Posted by A.VIJAYCHANDRAN at 9:49 PM

A.VIJAYCHANDRAN
Origin- Penang.Came to KL in 80's to study theology.Threw away my religious books after 4 years to read Law.