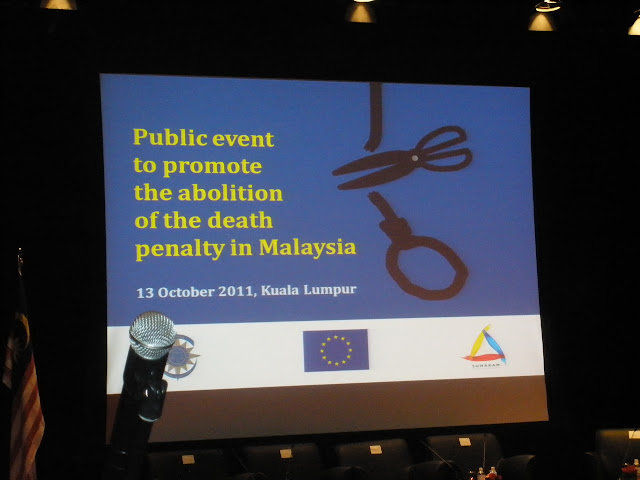 I think a distinction needs to be made between drug traffickers and murderers in  respect of this matter. Most of the convicted drug traffickers today happen to be "mules" -used by some unknown person or persons. Those convicted on this ground, perhaps the death sentence should be commuted to a life sentence.But those convicted of murders, the capital punishment should be upheld. Some people cannot be rehabilitated. One such example is the serial killer- Ted Bundy. Malaysia has had its share of these criminals-from Botak Chin to Bentong Kali and Mona Fendi who hacked her victim into 18 pieces.
Parliament has to stay it's course without repealing this law and mete out a  deterrent sentence to potential would be murderers. Of course, this does not mean that there will be  no more murders in Malaysia- but  the Goverment can make it's stand clear to all those living under the  Malaysian flag- for those convicted of murder, the consequences can be most severe.
Posted by A.VIJAYCHANDRAN at 10:00 PM

A.VIJAYCHANDRAN
Origin- Penang.Came to KL in 80's to study theology.Threw away my religious books after 4 years to read Law.